Want to know what it was like growing up at the Baum Mansion on Doctors Row? Come hear recollections of Gus Baldauf. His father was the caretaker for over 20 years.

What DID go on at Radcliff field on Halloween night 1947?

Hear about Sundays with Paul Kiry and his father. No cell phones interrupting conversation. Just a father and a son and their German Shepard Duke on a walk in the woods.

Take yourself to a time where there was no Walmart. No Walgreens. No Meijers. No Village Market. No air conditioning. A time when women walked to the local grocery store and charged their purchases that were paid on Saturday paydays. Farmers market was a horse drawn wagon. Horse drawn plows plowed the snow covered streets.

Hear Marge Norman and Dixie Capps recollections. Tap dancing lessons from Joyce Springet on Monroe, working as a cashier and usher at the theater that is now Golden Brown Bakery. How Dixie ostensibly bought cigarettes for her father then smoked them behind Fred Nelson’s house. What happened when she got caught?

What role did South Haven play in the World War II effort?

Hear Sandi McCash’s account of the magic of summer, to the hot drudgery of picking blueberries to the frozen sands and the dangerous wonderland of the ice caves at the beach in winter.

2019 HASH poster, Life's at Ease With a Lake Breeze, is based on a vintage postcard. Poster created … END_OF_DOCUMENT_TOKEN_TO_BE_REPLACED

This year’s poster depicts our iconic lighthouse, with a view from the lake, the view that welcomes … END_OF_DOCUMENT_TOKEN_TO_BE_REPLACED

2016 HASH poster celebrating our Catskills of the Midwest exhibit, was produced using an antique … END_OF_DOCUMENT_TOKEN_TO_BE_REPLACED

Pursuant to Michigan Executive Order 2020-9, in an effort to … END_OF_DOCUMENT_TOKEN_TO_BE_REPLACED 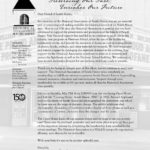 Dear Friend of South Haven, As a member of the Historical Association of … END_OF_DOCUMENT_TOKEN_TO_BE_REPLACED 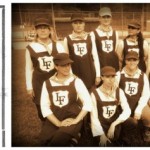 Ladies - Interested in playing 1860s style Base Ball?   The South Haven Bark Peelers are putting together a women's … END_OF_DOCUMENT_TOKEN_TO_BE_REPLACED