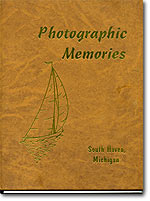 Photographic Memories of South Haven, Michigan, published in 1996, is a compilation of R.W.’s two previous books: South Haven, A Pictorial Review 1860-1960 and Images of the Past, South Haven, MI.

The previous books have dramatically increased in value, as proven on eBay when a copy of the 1st edition, A Pictorial Review 1860-1960, sold for over $109.00. Each edition is quite limited, and only 400 copies remain. Once all are sold, no more will be printed.

The Appleyard’s are a South Haven Photographic Dynasty. Appleyard Studios began in 1924 when Ray S. Appleyard bought a

photography studio in downtown South Haven, his son Richard joined him in 1929. Richard’s two sons, Mike & Ed, also entered the business when they were grown.

Photographic Memories of South Haven, MI contains photos and graphic artwork by Appleyard Studios, plus a number of other photographers and artists who actually lived in town, and by many who came through South Haven over the years.

It also holds within its pages some absolutely wonderful historical memorabilia.

Page after page of this thick volume illuminates the history of South Haven on a grand scale. Starting in the mid 1800s, progressing through and beyond it’s illustrious days as a favorite destination for glamorous steam ships from Chicago. Approximately two thousand vacationers arrived by boat at the docks of the Black River each weekend in the early 1900’s. In those days South Haven was both destination and hub, connecting steam ships and the rail lines that ran to South Haven.

Photographic Memories of South Haven, Michigan is a Hardcover book of over 350 pages. It was published in 1996 and contains over 700 photographs. There are 27 pages of stories, excerpts from city council meetings and items from early newspapers. There are also more than 80 pages of illustrations and reproductions of early advertising, pictures of antique souvenirs from South Haven. It also contains a fold out map that is a reproduction of a 1880’s map of the city.

2019 HASH poster, Life's at Ease With a Lake Breeze, is based on a vintage postcard. Poster created … END_OF_DOCUMENT_TOKEN_TO_BE_REPLACED

This year’s poster depicts our iconic lighthouse, with a view from the lake, the view that welcomes … END_OF_DOCUMENT_TOKEN_TO_BE_REPLACED

2016 HASH poster celebrating our Catskills of the Midwest exhibit, was produced using an antique … END_OF_DOCUMENT_TOKEN_TO_BE_REPLACED 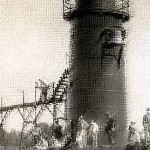 The Historical Association of South Haven (HASH) is sponsoring a poetry, vignettes, and art images contest to support … END_OF_DOCUMENT_TOKEN_TO_BE_REPLACED